April 21, 2016 Posted by Julie Farrell in The Designing North Project 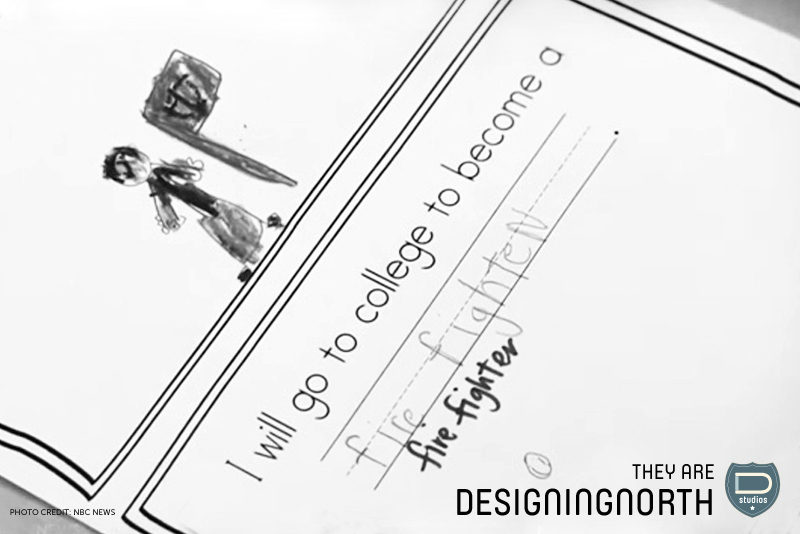 Why are Marty and Seon designing north*?

The pair worked hard to achieve their dreams. And the path was not exactly paved for them. Both Marty and Seon were the first in their families to graduate from college – there was no long legacy of higher education to draft from.

Seon earned two masters degrees and a doctorate degree and serves as the early childhood education faculty chair at Vanguard University in southern California. Marty holds a law degree and served in the U.S. Navy.

Their lifelong dream was to buy a sailboat to indulge their love of the water. They were close to making that dream a reality when they attended a church sermon on charity. Instead of sailing in their own futures, they changed course and decided to help a group of 26 English-language learning kindergarteners sail to a future that will include college.

The pair committed to funding each student’s college education (two years of community college + two years at a California state university). The price? About $1,000,000.  The worth? Priceless.

Marty and Seon are designing north. Are you or someone you know? Tell us. We’re looking for the global count.

March 4, 2016 Posted by Julie Farrell in The Designing North Project 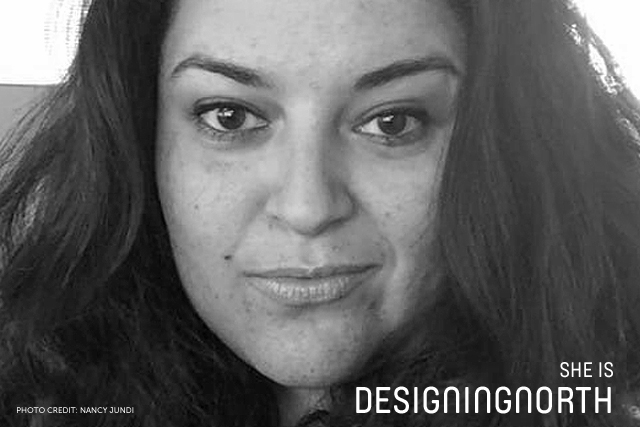 Why is Nancy Jundi designing north*?

So often we think that we have to be heroic to make a real difference in the world. Yet the reality is probably just the opposite. This story of a young woman, Nancy Jundi, taking time out of her day to connect with a little girl is priceless. In a matter of minutes she likely infused a lifetime of confidence in a young stranger. Nancy is an ordinary person who for a moment became heroic in the eyes of a little girl.

Her story, in her own words as she told it on Facebook:

Stopped for coffee this morning at 7 eleven (don’t judge) and when a little girl saw me she hid behind her mother and screamed.

When she started crying I felt really bad and had no idea what I’d done. Her mother bent down to comfort her and asked what happened. The little girl whispered something and then the mother turned to look at me.

So I bent down and had the sweetest most encouraging conversation with a 4 year old that I ever ever had outside of my own nieces.

“Why aren’t you wearing your uniform?” Sofia asked. “Well, I work with non super heroes for most of the day – even though we do super hero stuff on the computer.”

“So you fight the bad guys on the computer?” she asked.

“Sometimes, yes, but we also build some really cool stuff, too.”

“But when do you wear your boots and tiara? When do you fight crime with your bracelets?” she wondered.

“Lots. Lots and lots. I love my boots – and I’ll tell you a secret, even when you can’t see my tiara, I’m wearing a crown. It’s like my Invisible Jet. Wanna touch it?”

She froze. She was so excited. She touched my head and smiled. She said, “You have hair just like mine!”

So I asked her if she’d like my crown. “I have more, promise, but I want you to have this one.” She was so happy. So, so happy.

She hugged me, her mom thanked me and I was late for work. Because that mattered. And until something in this world tells her differently, she’ll carry herself like she’s wearing that crown.

And hopefully, that crown will help her tell the world to stick it, if and when it ever tells her she’s anything other than worthy.

Oh, God. How I love you. How thankful I am for what you give me in a day.

Nancy Jundi is designing north. Are you or someone you know? Tell us. We’re looking for the global count.