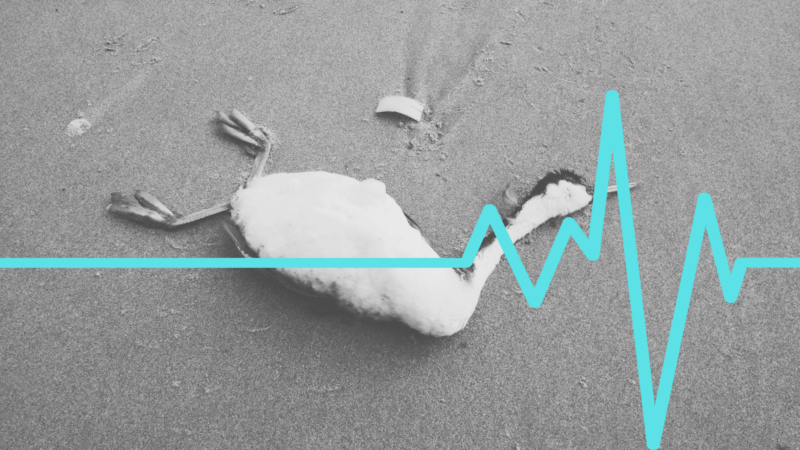 While trying to comprehend the impact of plastic and other forms of pollution on the marine environment, a picture truly is worth a thousand words. These artists prove it — they are designing an emotional response to ocean plastic. The stark beauty of their creations is having an impact on people worldwide, captivating onlookers to show interest in a subject that might otherwise be swept under the rug — or left on the streets…

This impact from compelling visuals also explains the popularity of modern ocean explorers such as Paul Nicklen and Brian Skerry. Using their creative talents, these two photographers (along with many others who deserve recognition) capture and share images that simply can’t be put into words — their color, composition and subjects tell a story, one that demands full attention.

For Paul, his iconic visuals of the Arctic convey a message of hope and beauty during a time of despair for the climate. For Brian, on the other hand, his artistry and creative genius exposes the underwater world, brining an otherwise hidden realm to the surface for all to see. Sharing what he sees as a diver, he is able to move hearts and minds to act in favor of positive change — just one reason Rolex named him their ‘explorer of the year.’ When asked about the significance of his work by Smithsonian, Brian explained:

“I decided to show people the animals that we were losing, and give them an appreciation for things like bluefin tuna—to see them not just as seafood, but as wildlife. My goal is to make pictures that stay with people for a lifetime.”

“I call myself an interpreter and a translator. I translate what the scientists are telling me. If we lose ice, we stand to lose an entire ecosystem. I hope we can realize through my photography how interconnected many species are to ice.”

Some things can’t be unseen in life, and it’s the mission of creators such as Paul and Brian to share the beauty of our ocean with as many people as possible, leaving a lasting impression that’s never forgotten. However, reality shows a more complicated present — and future — for the ocean.

Unfortunately, the effects of ocean plastic, pollution, and overfishing are devastating to the marine environment. For every beautiful image captured there’s another ten that depict a grim future for life at sea. And yes, that means fish, whales, turtles, dolphins, seals and more; you name it, they are all at risk.

Taking a page from the playbook of explorers such as Brian and Paul, many conservation groups and environmental non-profits are calling on designers to create compelling visuals that, well, are simply too memorable to ignore and forget. So although their tactics may be slightly different, the end goal is the same: use creativity and design to create change that benefits the environment and wildlife.

Since we are a design studio that enjoys celebrating the good work done by fellow creatives, we’ve curated the top ads and images designed to communicate the issue of ocean plastic and marine pollution. As you look through the visuals, record your feelings about ocean plastic and marine pollution. We’d like to see what creative ideas you can envision and how you might communicate the issue, so please share!

From corporate programs to government regulation and non-profit action, many people (and groups) are showing intense interest in reducing plastic waste, or better, stopping it at the source. This mindset absolutely makes all the difference for marine life.

With creative contributions from artists and designers who share a plastic-free vision, we believe progress can be made by influencing people to form emotional bonds with the places most affected by plastic waste: the ocean. Of course, we would like to see what creative visuals are most compelling to you. Whether they are from the web, social media or seen on the streets, post your favorite ocean plastic ads and images. And be sure to tag @designingnorth on instagram or twitter.

5 Minutes On TV Show Ideas With Lisa Peacock – What Are You Doing? 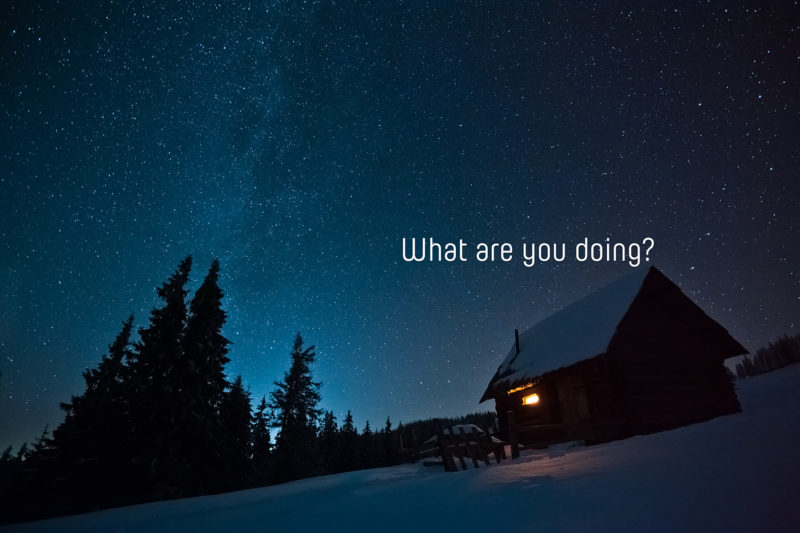 A podcast mini-series from Designing North Studios, exploring all of the wacky and wild tv show ideas that a person can dream up.

Have you ever found yourself dreaming of a brilliant tv-show idea? Or wondered what people do at home after a long day at the office? Ever thought about putting these two things together? Well, our unconventional creative director, Lisa Peacock has.

Imagine, you’re driving home from work; the sun is nearly setting and people all around are scrambling to get home to family and friends — anticipation for cocktail hour is how I envision it. As excitement for the day’s resolution stirs commotion, you withdraw focus from the current moment in time to ponder the possibilities of what people do as the sun begins to set. As cars crawl into garages, and living rooms light up, an innate curiosity sweeps over — what are they doing? This is where Lisa suggests that the show begin.

Knocking on doors in search of fascinating stories. What better way to uncover the evening habits of everyday people?

Call it a weird curiosity; but it’s as raw as reality tv can be. Everyday people being presented with an unexpected opportunity to share their story with a media audience; no script, expectation or designed outcome, just a candid search for fascinating tales of life right at cocktail hour. After all, we truly believe that everyone has a story to tell.

Do share! We are always open to hear about outlandish ideas you may have brewing.