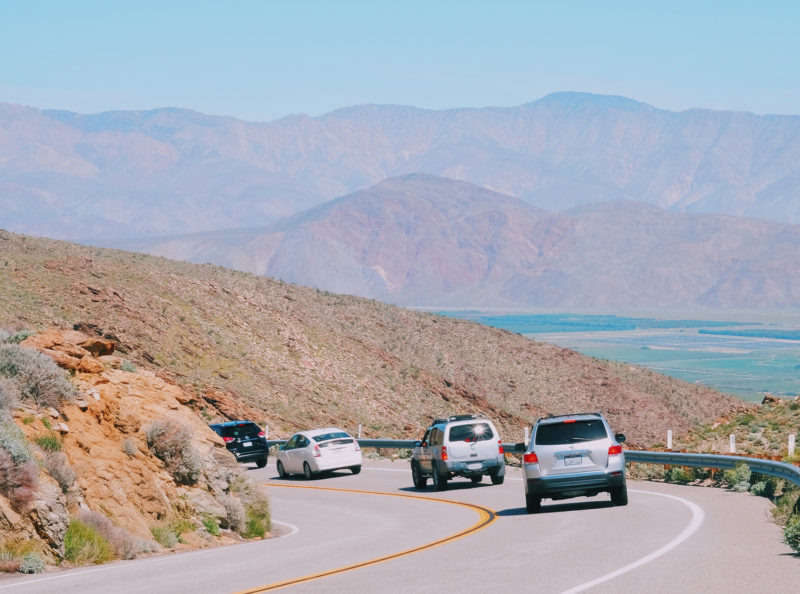 California’s ‘super-bloom’ leads to a ‘super-boom’ of tourism, traffic, and confusion.

Wildflowers are popping up all over the map in Southern California — a place largely known for mars-like droughts — is turning once desolate landscapes into a colorful array of white, yellow, orange, and purple — the ideal contrast for your Instagram feed or Facebook wall. And as we have learned time and time again, when all media streams descend on a single subject, reality is quickly distorted; reflecting individual imagination and creativity in a method that portrays a universal reality.

We all want to experience the same feeling of excitement as the next person — missing out might trigger anxiety. It’s commonly referred to as FOMO (fear of missing out), and represents the California wildflower ‘super-bloom’ very well. In order to keep our dreams in sight we latch onto pictures, videos, and written words from strangers who have been where we have not. Sounds harmless, right? Unfortunately, it’s quite the opposite; something the town of Anza Borrego recently learned.

The LA Times reported: JoAnn Maiter, a part-time employee of the Borrego Springs Chamber of Commerce, said she couldn’t remember how many phone calls she’d answered. Dozens and dozens.

“We’re swamped. You can’t even get into our visitor’s center right now,” she said, adding that nearly 300 people had already signed into the visitor’s log by noon on Friday. “They’re coming from everywhere — absolutely everywhere: Canada, Minnesota, Chicago.”

From a user experience perspective, you can’t design a guaranteed outcome, you can only design for an experience — which may or may not lead to the desired outcome. Even with all of the user research in the world there will always be situational factors that a designer simply can’t control — unless artificial intelligence has something up it’s sleeve.

External forces such as social media, rarely follow this thought process and often distort reality to a level that we can’t recover from — the ‘Super-Bloom’ is a prime example.

Impact of Media on Perception

A well respected photographer uses his highly trained eye, creative vision, and advanced equipment to capture a brilliant image of the desert bloom. As most experienced photographers do, he then uses post-processing skills to perfect the image and shares it with her thousands of eager followers; with a well written message of inspiration and eternal wanderlust. It’s a dream-worthy scenario and nearly every human on the planet wants to experience this feeling personally. And this is the expectation they have, all the way up to the moment they finally do — “the moment of truth.”

As was the case for many visitors, the ‘super-bloom’ introduced a reality that wasn’t entirely true to the stunning imagery and influential media viewed online — an all-too-common scenario in this “digital age”. Just like a moment in time, every human can’t experience the exact same event the way another person did previously. 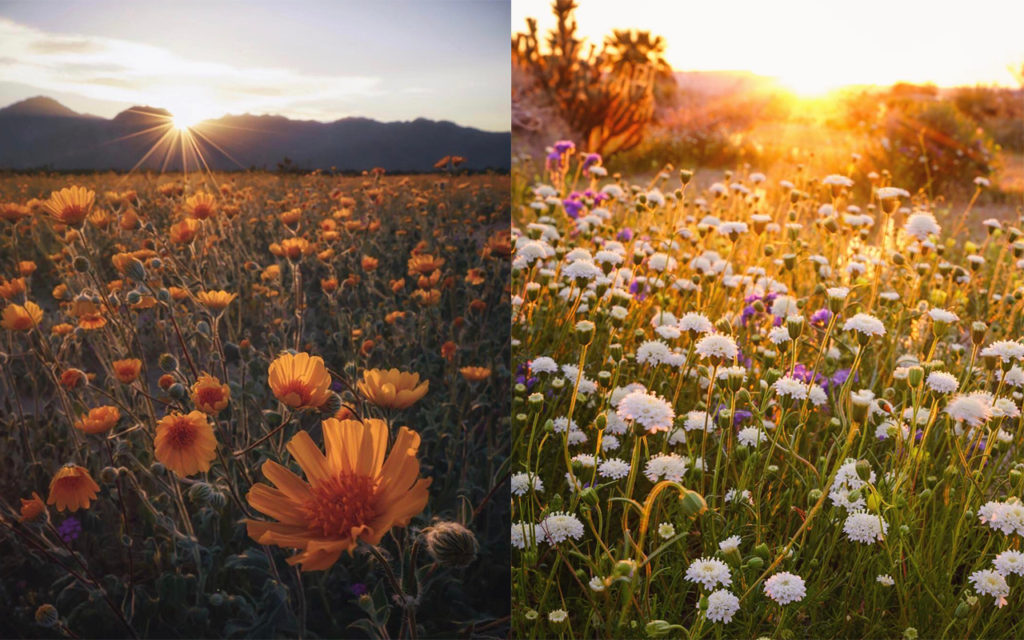 From a user experience perspective, I am able to understand why a highly anticipated natural phenomenon has turned into a complete headache for thousands of people. A quick comparison of expectation versus reality reveals two different scenarios; we all want the one that aligns with our media viewing experience. But not everyone will experience the event in the same manner; under the same conditions.

The first 500 visitors to the region likely had a great time; roads were clear, the sun was still rising, services were accessible, and fellow adventure seekers weren’t breathing down their throats. By the time ten thousand people flooded the park, reality took a turn for the worst.

When talking about the field of UX, understanding ‘user’ behavior through and through is a fundamental rule. Unfortunately, most professional industries — outside of the digital design or human factors realm — forget to rehearse their use cases, often leading to more harm than good.

Read more on the differences between UX, XD and other practices around UCD.

In predictable fashion, the governing bodies that control this impacted region, have been promoting the “super-bloom” for months — picking up the intensity over the past few weeks — as they prepared for this abundance of excitement in their own backyard. Shortly after, the media took hold and the conversation snowballed from there — fake news!

Because our studio practices the user-centered approach, I quickly recognized a parallel between the work of a UX designer and the experience that these state parks and media outlets were hoping to deliver. More importantly, I concluded that the managing bodies of these parks didn’t do their research on the possible user groups that might ascend and make up most of their visitors. As you might expect, the resulting experience was best described with frustration and disappointment — and that’s putting it politely.

Whether they were in communication or not, the media and state park services did a fantastic job promoting this natural phenomenon; you might even believe that it was a planned event from the look of coordinated PR efforts. In this case, it’s not what they did, but rather what they didn’t do that made the experience memorable.

Whether it was the severe underestimation of potential attendance or lack of education leading up to the event, the disconnect between visitors (users for all intended purpose) and the parks themselves was too great to recover from. From a user’s perspective, this is where the disconnect made the most impact:

I was promised once-in-a-decade-flowers yet I was never educated on what a super-bloom entails; how it looks and how it’s different from my garden at home — a bed of roses is far more spectacular than a patch of dandelion. Given the rarity of this phenomenon, it’s safe to assume that the majority of visitors didn’t have detailed knowledge on what exactly they were going to see; Leaving this experience up to my imagination was a risky approach to rely on.

Prior to the weekend, visitor estimates were casually tossed around. Whether a backup plan was strategized or not, it was evident that the actual attendance to the region was far greater than expected. The lack of parking — yet alone physical space — direction, and transportation resources caused a once relaxing environment to quickly become stressful and borderline dangerous.

Hosting a large number of visitors — similar to a sporting event — called for an increase in staff or personnel to at least assist visitors during their travel, yet alone manage their experiences while visiting. This region in particular required off-road access to view some of the most appealing landscape. With no prior education or experience in off-roading, hordes of visitors took to the trails without proper equipment or professional direction; conflict ensued for many, positioning select groups against each other. Have you ever seen a Hyundai Sonata attempt a water crossing? We hadn’t either until this trip.

With consideration for the needs, wants, and limitations of visitors, the ‘Super-Bloom’ experience could have been something special. And had I not been working shoulder-to-shoulder with a team of UCD practitioners, reminding me daily how design should solve problems, I’d still be confused and frustrated from the tension felt during the experience. Understanding the gaps, missed communication, and lack of research helps to alleviate the disappointment I felt (kinda). Who knows, in the next decade we might just see designers in charge of the solutions to the problems we identified — wouldn’t that be smart. The events of the 2017 California ‘Super-Bloom’ are a reminder that design thinkers are needed everywhere; in every company and perhaps most especially when it comes to serving the people experiencing government services.

Design thinking can transform. Let us show you how that paired with a UCD approach can open the door to new possibilities.